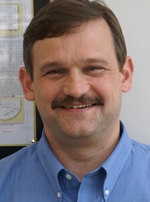 Parallax Error – When is a Goal not a Goal?

The whistle heard around the (water polo) world

One of the most controversial moments of the 2012 London Olympics occurred in the qualifying match between Spain and Croatia. With five seconds left in the game, Spanish water polo legend Ivan Perez shot a backhand that, as far as the goal judge and practically everyone else there were concerned, was a score-tying goal. Everyone that is, except for referee Boris Margeta. Even though the goal judge Ross Elder (an experienced official and Chair of Britain’s National Water Polo Leagues Officials’ Subcommittee) signaled the goal was legitimate, Boris Margeta agreed with the Croatian goalie and disallowed it. Although we may never know the real reason behind Margeta’s judgment, it may be possible that, at that moment, he mistakenly believed the ball had not crossed the goal line. But what could possibly fool an experienced referee such as him?

Parallax error is defined as the apparent shift in the position of an object relative to a reference that is caused by a change in the position of an observer. Referring to Figure 1, object O is perfectly aligned with the reference R as indicated by ray B-B’. As the observer moves from position A to B to C, the object seems to shift position relative to the reference. At A it looks as if it is to the left (in front) of the reference, at B it is exactly in line with it, while at C it seems to have moved to the right of (behind) the reference. The angle between rays A-A’ and B-B’ (or C-C’ and B-B’, respectively) is called the parallax angle θ. As θ increases, the apparent shift in the position of the object also increases. When the observer’s location is such that he can see both the reference and the object head on at some distance (angle θ = 90°), it is difficult if not impossible to tell which one is closer or further away. 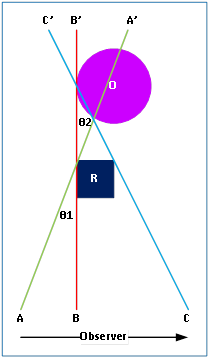 Although it often can be a nuisance, the parallax effect is not all bad; in fact it has a number of practical applications. Scientists use it to measure the height of objects or the distance to stars. Artists use it to create perspective and, until the advent of CGI, the movie industry used parallax to create special effects. Those tricks are possible due to a phenomenon called “ocular dominance”. Simply put, the brain uses the visual information from one eye (the dominant eye) to establish the relative position of objects, and information from the other, non-dominant eye to establish the relative distance to the objects. This is easily demonstrated by the Miles test: take the tube from a roll of paper towels, hold it at arm’s length and look at some object through it. After the object is centered, close each eye in turn. When the object is still visible through the tube, then the open eye is the dominant eye (hint: the majority of humans are right-dominant).

Where is the goal line?

Water polo is the only sport that’s different. The location of the goal line is shown in WP 1.2, but as we all know this is not a physical line. The rules do not state where the ball has to be in relation to this imaginary goal line, for a goal to be legitimate. The accepted view is that the ball does not have to completely clear the goal post; it is sufficient for the ball to be even with the face post as shown in Figure 3. However, nowhere in the rules is this clearly stated; it seems the rule makers didn’t think it important enough. Not surprisingly, some referees (particularly those who officiate in other sports as well) often wait until the ball is well inside the goal before awarding the point. 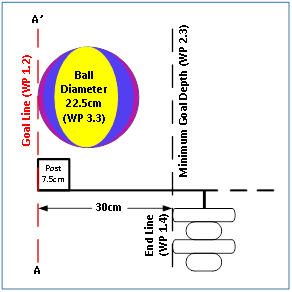 Something very interesting is apparent from the figure. Even at the minimum goal depth of 30cm, when the ball clears the goal post it will be completely visible to an observer seated along the goal line. If the goal is deeper than 30cm, the ball will be entirely framed between the goal post and the end line. Is this a simple coincidence, or could it be possible that a long, long time ago, in a place far, far away, the rule makers had actually intended for the goal line to be defined by the goal posts just like in soccer? As with many other things FINA, we may never know. But if this were true, then the dimensions of the ball, the goal posts and the location of the end line would make perfect sense.

So when is a goal not a goal?

Figure 4 illustrates two typical water polo scoring situations. The sketches are scaled for a pool size of 25 by 13m (note: click on the figure for an enlarged view).

Figure 5 below depicts the perspective of the attacking coach (note: click on the figure for an enlarged view). When the coach is ball-side on the 5m line (location CN), the goal post and the ball are visible head-on in approximately the same plane (rays f and g). This means that, despite the usual objections to the contrary, from that location the coach has no possible way of ascertaining if a goal was scored. When the coach is on the far side of the pool (location CF), parallax error will cause a relatively large apparent shift to the right, making the ball seem more inside the goal than it really is (ray h). 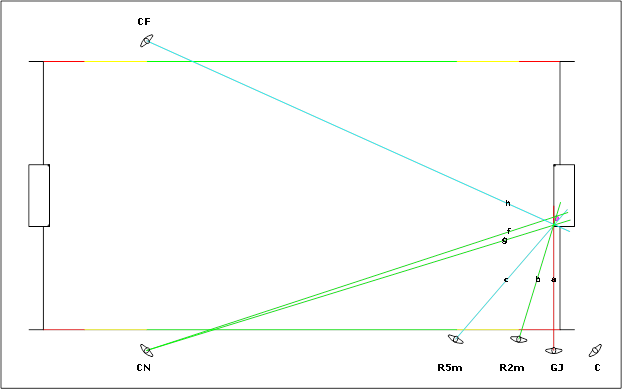 The figure above illustrates one potential reason for Margeta’s puzzling call. Spanish coach Rafael Morillo was at location CF, while Margeta was ball-side between the 2 and 5 meter lines. From these vantage points, parallax error would have caused Margeta to perceive the ball to the left (outside) of the goal line, while Morillo would have perceived it to the right of the post, thus further into the goal.

How about the players in the water?

While it is practically impossible to predict where each player will be during a game, there are a few general observations that can be made. The player in the water will most likely focus on the ball itself, keeping it in his primary line of sight. When the player is directly in front of the goal (O1 and O4) the goal posts appear only in his or her mid-peripheral vision, which is very good at detecting motion but poor at depth perception. In fact, due to the shape of the human eye, objects seen in the peripheral vision area appear closer than those in the central (foveal) area. When the player is on the wing or outside, (s)he can observe both the ball and the goal post at the same time, but in that case (s)he too is subject to parallax error just like the referee and coach.

What about TV cameras and the audience?

Following the Croatia-Spain game in London, it has been reported that, after seeing the video replay, Boris Margeta accepted his mistake and apologized to the Spanish team. It appears that the video clearly showed the goal he had “missed”. The presence and, in particular, the location of the TV camera were indeed fortunate, because TV cameras and the audience are also subject to parallax error just as referees are. Only goal judges and other observers located along the goal line (ray a in Figures 4 and 5) are not.

It is not a stretch to say that coaches, players and referees will probably always be at odds over many things. Sometimes this is due to their personal points of view, but most often it is their entire fields of view which are different, and that is caused by parallax error. While this problem can never be completely eliminated, there are a number of potential solutions. Firstly, FINA should clearly define where the ball has to be in relation to the posts and the end line for a goal to be legitimate. After all, these are the only references available. Secondly, always using TV cameras, and instituting a mandatory table review of all goals. Other sports have this already, why not water polo? If TV cameras aren’t to the liking of FINA potentates, at least make sure instead that the goal judge’s calls are not ignored. The current rules make it all too easy to do so. Thirdly, given enough money and interest on FINA’s part, with today’s technology it is entirely possible to devise electronic means of unambiguously detecting when a goal was scored. However, until any of this happens, incidents like the one in London will surely occur again.