Dante Dettamanti
Dante Dettamanti: Coach Dettamanti has produced winning and championship water polo teams at all levels. He was a engineering graduate and MVP and all-league swimmer and water polo player at UC Davis. After a stint as a 1st Lieutenant and US Army Airborne-Ranger, he returned to UCLA for a Master’s degree in Exercise Physiology. While at UCLA he became a graduate assistant coach under the legendary coach Bob Horn; and the school won the first ever NCAA Championship ever held in 1969. From there he went on to Occidental College, where he transformed a water polo program that had been the league doormat, into league champions in both swimming and water polo. After coaching at Oxy for 4 years, he went on to UC Santa Barbara and turned the water polo program around; again producing a league champion team and a NCAA top-four finish in just three years time.

It was at Stanford University though, that Dettamanti came into his own as a winning coach. In 25 years at Stanford, his teams played in the NCAA Championship final game a total of 14 times, producing eight NCAA Championships and six second-place finishes. He became only the second collegiate coach in NCAA history to record over 600 career wins, and the only collegiate coach to win NCAA Championships in four different decades, the 70’s, 80’s 90’s, and 2000’s. His eight National championships ties the NCAA record for the most in NCAA history, along with the legendary Pete Cutino of Cal-Berkeley. NCAA records include a .800 winning percentage at Stanford, a 52 game undefeated streak over a three year period in the 80’s, and two undefeated seasons (28-0 in 1981 and 36-0 in 1985).

He has been named League “Coach of the Year” ten times and NCAA “Coach of the Year” six different times. Dettamanti has also had great success at the International level. He coached the USA World University Games teams to Gold and Silver medals in 1979 and 1981; the highest finish ever for a USA National team. Dettamanti gained valuable International coaching experience as the Assistant National Team Coach at the 1990 FINA Cup and at the 1991 FINA World Championships under Olympic Coach Bill Barnett; and as an USA assistant at the 2001 World Championships, under the top International coach in the world, Ratko Rudic.

Dettamanti has not only produced winning teams, but also top international players. Fourteen of his players have gone on to play for the USA Olympic Team, including Olympic team standouts Jody Campbell (1980, 84, 88), Wolf Wigo (1996, 2000, 2004) and Tony Azevedo (2000, 2004, 2008, 2012, 2016). Several of his players have gone on to become successful coaches at the high school and college levels; and several have gone on to become nationally ranked referees as well. Dettamanti is an excellent athlete in his own right. He was one of the original pioneers in the sport of triathlon, placing 6th overall in the prestigious Hawaii Ironman in 1981, along with competing in many other marathons and triathlons during the early 80’s when the sport was just getting off the ground.

Volume 2 Number 5
December 15, 2011
Water Polo Doesn’t Come with an Instruction Book – That’s Why We Have Coaches.

The 3-3 extra-man formation hasn’t been used much in the last 30 years. However, it may be making a comeback! I have seen various college teams rotate into a 3-3 from a 4-2; but mainly it was used as “special” play after a time-out. You don’t see anyone using it as their “primary” extra-man offense. One of the biggest proponents of the 3-3 in the 60’s and into the 70’s was the legendary Monte Nitzkowski, three- time USA Olympic coach and one of the worlds great water polo tacticians. He particularly promoted the 3-3 for high school and age group teams that had difficulty making the long 1-6 and 6-1 pass between the two wing players. The 3-3  only required three players to pass and shoot  the ball, and for a much shorter distance between them.

The biggest problem with the 3-3 was that it put the two 5 on 6 outside defenders in a great position for a counterattack goal. By playing in the gap between the three outside shooters (similar to the M-Zone gap defense), the two defenders would launch themselves on any outside shot, often resulting in a goal at the other end of the pool. This dealt a psychological blow to the team who was up a man at one end, only to have the other team score a man-down goal at the other end. By the late 70’s and early 80’s, even Coach Nitzkowski had switched to the 4-2; using it effectively to win the silver medal for the USA in the 1984 Olympics.

The 4-2 became the standard of modern water polo, mainly because it offered so many different options and opportunities to score than the 3-3, and it did not allow the defenders to play in the outside gaps; because of the necessity for them to drop back and guard two different post players instead of one. I have played around with the 3-3 in the past; but only recently have I experimented with using it as my primary extra-man offense.

I was inspired by the Rare Nantes Camoglie team playing in the Italian first division and coached by former USA National Team coach Ricardo Azevedo. Last year, in the first ten games of the Italian pro season, Ricardo’s team was struggling with the extra-man; many times scoring only 10-15% of their opportunities. He turned to the 3-3 in order to help improve his team’s scoring percentage; and almost immediately the Camoglie team’s scoring percentage on the extra-man shot up to 30, 40 and even as high as 60% in some games. I don’t know if this was the result of perhaps surprising the other teams in the league; or that it was just a better fit for the personnel on his team. Whatever the reason, it worked!

HOW TO USE THE 3-3 EFFECTIVELY

The 3-3 that I am now using and that is similar to that used last year by Coach Azevedo, is vastly different than the 3-3 that we used 30-40 years ago. Back then, we would put our three best shooters at the three outside positions (hopefully one was a left-hander), pass the ball between the three players, and then have one of them take the shot. In effect, you only needed to have three good shooters.

The difference in today’s 3-3 as compared to the 3-3 of the 60’s, is that there is much more movement involved. By moving several players at a time, it creates a little confusion by requiring the defense to react to that movement. Forcing defenders to change their positions will, in effect, open up other positions for an easier shot on goal. Whether your team creates movement or not depends on where the two outside defenders decide (or their coach decides) where to position themselves, either back or in the gaps. In essence, what we are creating are two different options for the offense, a “movement” offense or a “shooting” offense. Let me explain. 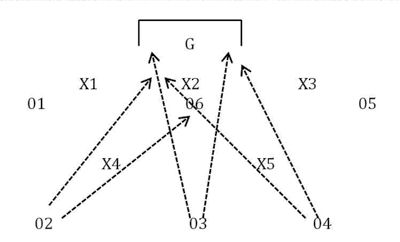 The offense can create another “shooting” opportunity by moving the 06 player toward the left post. As seen in Diagram 2 below, when the ball is at the 03 or 04 positions, the 06 center player turns his left shoulder towards the defender, faces the ball, puts his right hand up, and while in a vertical position, eggbeaters back toward the post. If the defender X2 does not follow him, then it opens up an easy pass and shot by 06. If the defender follows 06, then that opens up the whole right side of the goal for a shot by 02 or 03. 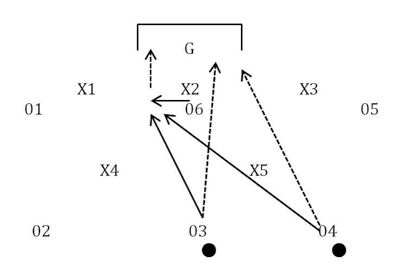 If the defense decides to play in the gaps (many of them do) between the three outside shooters, then it would be foolish to take the outside shot and risk the subsequent counterattack. Placing the defenders in gap positions, however, now puts them in perfect positions (for the offense) to drive (move) behind them and into a position to receive the pass for a close-in shot on the goal. The basic premise of this offense is that when a player on the right side of the goal (facing the goal) receives the ball; the gap-defender next to him will more than likely turn his head to look at the ball. When the defender turns to look, the offensive player on the immediate left simply drives behind him, stops, receives the ball and shoots.

Diagram 3 below shows the ball on the right at 04, with the player on the left 03 driving behind the guard X5. Other options include when the ball is at 05, then 04 drives; or when the ball is at 03, then 02 drives. The coach can call out a number signifying which player will drive; or simply let the team run the drive based on reading the positions of the defenders and the position of the ball. It is important that the driver take only enough strokes in order to get behind the defender, and then stop and get into a vertical position to receive the pass for the shot. 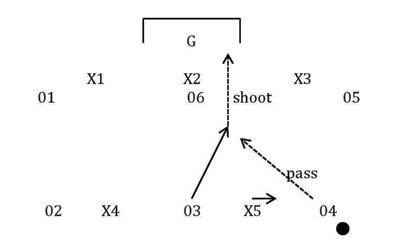 But now you ask, what if one of the outside defenders, X4 or X5, picks up the driver? I’m glad you asked. There are several things that we can do to counter this type of defense. First of all, we always move the center 06, to the left post, similar to what we did in the “shooting” offense. (We still have the option of getting the ball to 06 on the post). This now creates an open space in front of the right post that we can take advantage of. The player driving to the goal who gets picked up by the defense, simply drives into the open space in front of the goal; and voila! we have created a 4-2 offense with a two on one situation on the outside, with only one defender left to guard the two remaining outside shooters.

We are now in a 4-2 offense; but because of all of the movement by the driver and the post player, we have hopefully created enough confusion on the defense that it will gives us an easier shooting opportunity then a standard 4-2. (See Diagram 4 below). The movement offense should be run immediately after setting up in a 3-3 formation. In case the movement is not successful, the team will still have time to run an effective 4-2. 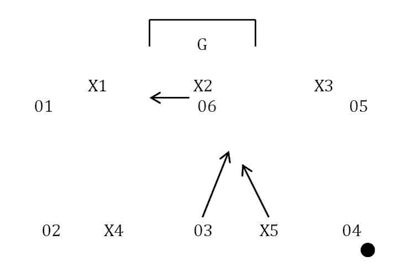 Diagram 4: 06 moves to left post. 03 drives and is picked up by X5. 03 drives toward the right post, taking the defender with him. 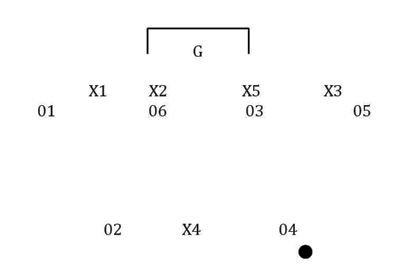 So, that’s it in a nutshell. A team can use the 3-3 as a once-in-a-while-after-a-time-out play, or maybe even make it their standard extra-man offense. The worse that can happen is that you end up in a 4-2. To me, it is worth the risk, and it may create more success for your extra-man offense. At least it will give the other team something more to worry about