Forget the Foreign Players Taking Over What About All the California Players? 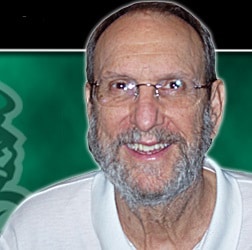 Forget the Foreign Players Taking Over What About All the California Players?

A short while ago on the message board, there was a discussion of the pros and cons of having foreign players on a college team. During that discussion, only Jim Hicks took the time to present some statistics indicating just how many foreign players we were talking about. Thus, here are some more stats concerning the number of foreign players on each of the college men’s teams.

Number and percentage of foreign players on each of the college men’s teams as of the end of the 2012 season:

Number and percentage of California players on each of the Eastern college men’s teams as of the end of the 2012 season:

All those recent NCAA thirds and fourths were not won with Eastern players but also with California Players and until Eastern teams place first, second, or third in the NCAA Championships with a majority of Eastern players will we get any respect from the California teams. (St. Francis is an exception because they placed third in this year’s NCAA Championship with 10 foreign players and 2 Californians.) Please tell me how winning games with teams that have 40% or more California players on their rosters helps men’s collegiate water polo in general and East Coast water polo in particular. At this point in time is winning more important than the survival of water polo as a National sport?

I don’t blame California for the parity mess we find ourselves in but rather I fault the Eastern coaches. When recruiting for Slippery Rock I did not actively recruit Californians; however, if a Californian contacted me I went the full ten yards and I tried to sell him or her on the school and the water polo program. One of my goals was to try to win with mostly Eastern players because until we do that there will be no parity between California and East Coast water polo. Besides many of the Californians that came to Slippery Rock were mediocre players and many of them were lacking in sound, fundamental skills. In those days most of the better California players were not leaving California.

Today there are some acceptions such as the Ivy League schools that are getting better California players because of the school’s academic programs. I think what many coaches are doing today may not be hurting their win column but it is hurting the development of water polo in the Eastern part of the country. What these coaches are doing is akin to outsourcing. Trying to place us on the same page here is a definition of outsourcing I will be using:

Definition: Outsourcing is any task, operation, job or process that could be performed by employees within an organization, but is instead contracted to a third party for a significant period of time. In addition, the functions that are performed by the third party can be performed on-site or off-site.

Before I finish this commentary I would like to give the following Eastern water polo programs who are trying to win with three or less California players, kudos, two thumbs up, and pats on the back to: Connecticut College, Gannon University, Iona College, Notre Dame College, Penn State Behrend College, Salem University, Washington & Jefferson College, and St. Francis College.