US Men’s Soccer Loss to Trinidad and Tobago: It Feels Close to Home for Water Polo . . . and May Offer a Chance for Better Understanding

The US Men’s National Soccer Team lost to Trinidad and Tobago on October 10th in the most critical of World Cup Qualifying nights. As water polo enthusiasts, the loss probably hit real close to home for a lot of us. Though the magnitude of last night’s loss in soccer is far greater than any suffered by the US Men’s National Water Polo Team in recent memory, it is hard to escape the similarities and plight of water polo and soccer in the US, particularly on the men’s side. Both sports are striving for national relevance and international consistency. To see the epic failure of the men’s national soccer team, makes one come to grips with just how hard it is to build a successful sports system outside of basketball, football, baseball and hockey. Especially in the United States. 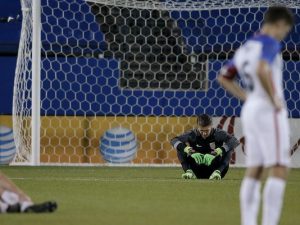 In 2014, US Youth Soccer reported registered soccer players at just over 3 million. That is only registered players. Imagine how many unregistered players there are. In the 2012 Census, soccer ranked as the third most played sport in the US. It ranked behind only Basketball and Baseball, but ahead of American football. In 2015, Alex Johnson, in the article “Soccer by the Numbers: A Look at the Game in the U.S.”, put the total number of US soccer players in the US at over 24 Million. Mr. Johnson’s article has many interesting numbers well worth clicking out to see.

In addition to the numbers, soccer has a growing and thriving national league – the MLS – with television contracts covering the Americas. It has countless collegiate programs and youth clubs in the US. And it also has a regular television presence of the International leagues featuring the world’s greatest stars. There is reportedly great funding in the sport here in the US, great facilities and a well-resourced pipeline system. Yet, none of it was enough to get past Trinidad &Tobago with everything on the line. 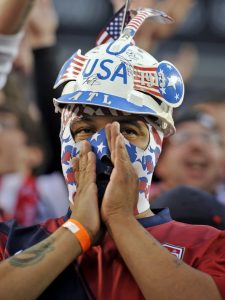 When compared to Water Polo in the US, soccer’s participation rate and visibility is staggeringly massive and far-reaching. It probably gives all water polo fans a pause for thought. Our sport may never have such participation and reach. But, setting the numbers aside, water polo in the US shares with soccer the same basic goal of building a complete system that yields the best developed talent to consistently compete on the world stage. Like soccer, it is essentially European-centric and, like soccer, though to a greater degree, water polo is perceived as “niche”.  Let’s pay close attention to the articles, opinions, criticism, and perspective that will no doubt dominate the soccer discussion in the next few weeks. It may offer the chance to better understand what can be leveraged for our sport.

To join the discussion please go to: